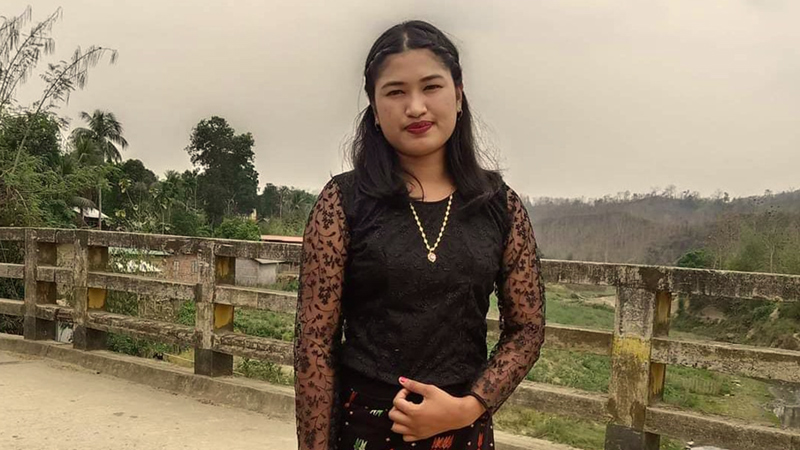 Once Nai Yoi Nu Marma (19) used to lack so much self-confidence that she could not talk to anyone without feeling hesitant. Because of this, she was unable to even get along with people. Belonging to a family of farmers from a remote village in the Bandarban hill district, she had no future plans and was living in poverty.

In this situation, she got to know about the Youth Conservation Corps (YCC) who provide training to underprivileged youths to empower them and prepare them as environmental stewards. One of her village friends introduced her to the program and she became interested. With her parents’ approval, she joined the training at YCC, where she developed many hard and soft skills. Nai Yoi Nu chose to learn tailoring as a part of her vocational training and also completed her internship on it.

After the YCC training, Nai Yoi Nu changed significantly. She has learned various new skills, such as- environmental conservation, tailoring, first-aid, etc. At YCC she found 38 friends who were just like her, diffident and underprivileged. She developed her leadership qualities gaining self-confidence very soon during the training. Overcoming all the hesitations she has learned to speak in front of mass people.

Nai Yoi Nu is no longer that timid girl she used to be. She is leading a life with confidence and optimism now. Moreover, she tutors 21 primary school students which was beyond her imagination before considering how uncomfortable she was talking to people.

As an active YCC alumni, Nai Yoi Nu is still in touch with her peers from the training. Together they participate in environmental awareness projects and campaigns. They help each other in times of need through this strong YCC alumni network

She shared, “YCC has improved my confidence. I didn't know what to do before. Now I know what to do and what I will get.” Her training from YCC has helped her to be financially stable and support her family. Along with tutoring, Nai Yoi Nu has started a home-based tailoring business and she is also involved in domestic animal husbandry. She aspires to become a successful entrepreneur in the future.